Today, the final day of my challenge, was supposed to be a WIP from 2011/2012, Abi Gurden's Tree of Stitches, but I can't find my thread or the pattern. I think it's saved on an old laptop somewhere, but I've decided to start something new instead of tracking it down right now.

I really enjoyed stitching the first 4 parts of Mabel Figworthy's Fancies Song of the Weather SAL. It took place in 2013, but the rest of 2013 was taken up with a move and then the birth of our daughter, so I never did complete the full SAL.

I decided to stitch all the designs from January through December on a baby afghan I have in my stash. I think this will be going to my Grandma as well, so I'll choose colours that she prefers.

I started with February to see how I liked the placement on the afghan, and I'm using WDW perle 5 Peoria Purple. 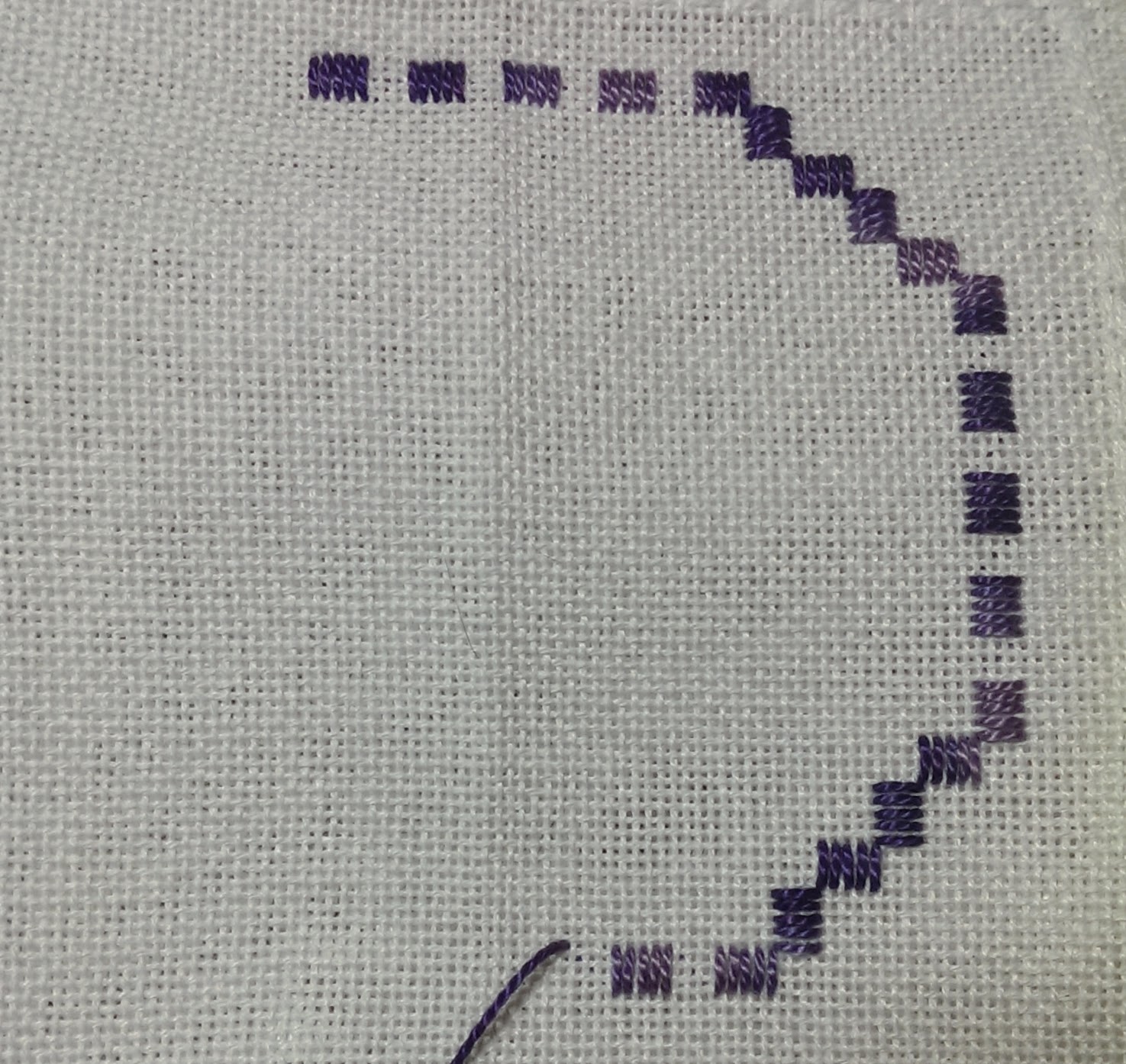 I'm aiming for colourful again instead of traditional white on white hardanger. The cutting will be tricky on an afghan, but I know some others who have managed it successfully, so I know it's possible!

Since this is the end of the Crazy January Challenge, I won't be posting as frequently, but I will try to post at least once a week. :) 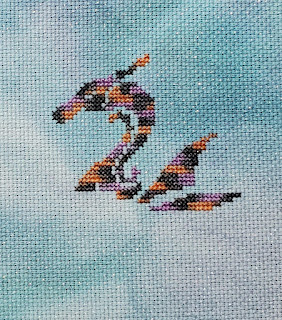