Top 10 Tuesday time again! Make sure you check out Kate's and Keeb's blogs for their posts as well. I'm sure they'll come up with a full 10 and I feel like I'm going to have trouble with this topic.

So my quandary with this topic is it songs that make me feel depressed? Or songs I listen to when I'm depressed? Since I tend not to listen to music that makes me depressed, I may have more of the latter. Let's see where we get!

1. Puff the Magic Dragon by Peter, Paul and Mary

To me there is no song more depressing than this one. It always, without fail, will bring tears to my eyes and make me so incredibly sad for Puff. It's had the same effect on me since I finally understood it when I was a teenager.

2. Tower of Song by Leonard Cohen

Although I like this song, I find it depressing. As if you finally made it, you're a huge celebrity, a household name, and now you're lonelier than you've ever been.

3. Girl With a Problem by The Northern Pikes

A song about addiction and I thought a pretty decent video as well. It affected me as a teenager and gave me a real look into addiction that I fortunately never had to deal with at home.

4. Tears in Heaven by Eric Clapton

This has got to be the saddest reason for a song existing, the death of your child.

5. Eleanor Rigby by The Beatles

I always found this song sad. Someone without anyone to care for or to mourn her, even though she always did her best.

6. Nowhere Man by The Beatles

Sticking with The Beatles for now, this is another one of those lonely songs. I do like this one, but I wouldn't want to listen to it over and over.

7. Shades of Gray by The Monkees

I've always found this song sad as well. I have mixed feelings about it because I like it, but it feels like it's a type of situation where you don't know what to do and have tough choices to make.

This is a song I listen to when I'm depressed because it helps fill me with anger and anger is better than feeling depressed for me. I can usually simmer down fairly quick. Tilt has a lot of great songs that each tell a story and I wish I could have seen them live.

9. Wake Me Up When September Ends by Green Day

I could only link to this video, so click on it if you would like to hear it. I like this song, although the story behind it is sad. The lead singer lost his father as a child and it's a song about loss. Although Green Day started as a punk band, this is definitely more of the ballad type and has a great melancholy sound.

10. Street Spirit (Fade Out) by Radiohead

A great song to listen to when you're depressed. I like the bizarre video as well. Like most Radiohead videos I don't really get it, but it's still pretty cool. I can't help but sing along to the lyrics, and hope no one ever hears me. :) I have a DVD with a bunch of Radiohead videos and it's something I tend to play all the way through when I'm depressed.

I hope you enjoyed the list and what are your top most depressing songs? 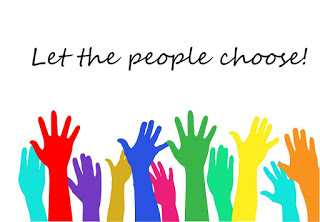